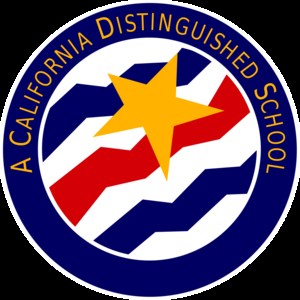 “We are extremely proud of our Fairlands, Hearst and Lydiksen Elementary School communities for receiving this well-deserved recognition,” said Superintendent David Haglund. “This distinction speaks volumes about the commitment and hard work of our school site leaders, teachers and staff, students and families.”

The 2018 California Distinguished Schools Program recognizes California elementary schools that have made exceptional gains in implementing academic content and performance standards adopted by the State Board of Education.

Schools were eligible based on their performance and progress on the state indicators as described on the California School Dashboard. Indicators include test scores, suspension rates, and English learner progress.

“This recognition is the result of a combined effort of our entire staff and school community around creating a positive and safe climate for our students to learn and succeed. Thank you to our Fairlands community for helping ensure all students thrive through socially and culturally sensitive environments,” said Fairlands Principal Shay Galletti.

Hearst Elementary received the California Distinguished School honor in 2014 and 2006.

“Hearst is being recognized as a distinguished school thanks to the hard work of the amazing teachers, students, staff, and our amazing parent community. As a community, Hearst has made significant progress in supporting reading skills for students through early literacy intervention,” said Hearst Principal Elias Muñiz.

“Lydiksen is honored to receive the California Distinguished School award. This accomplishment is the result of the continued hard work of our school community in integrating educational technology to provide personalized learning and engaging experiences for all of our students,” said Lydiksen Principal Jacob Berg.

All three elementary schools will be honored during a ceremony in May in Anaheim, California.